You are a
feather
on a branch...

"And must there not be some art which will effect conversion in the easiest and quickest manner; not implanting the faculty of sight, for that exists already, but has been turned in the wrong direction, and is looking away from the truth?"

A collaboration of rhythm, melody, poetry, and philosophy.

On stage the progressive-folk 5-picece explode in visceral expression that has been known to leave even first-time listeners drying their eyes. Thoughtful word play and articulate musicianship reward careful listeners with an even more profound experience.

Whether crooning in a soft intimate environment or letting loose a sonic tidal wave in more raucous settings, the gripping movements and raw emotion of Cave Paintings leave a beautiful, lasting impression. 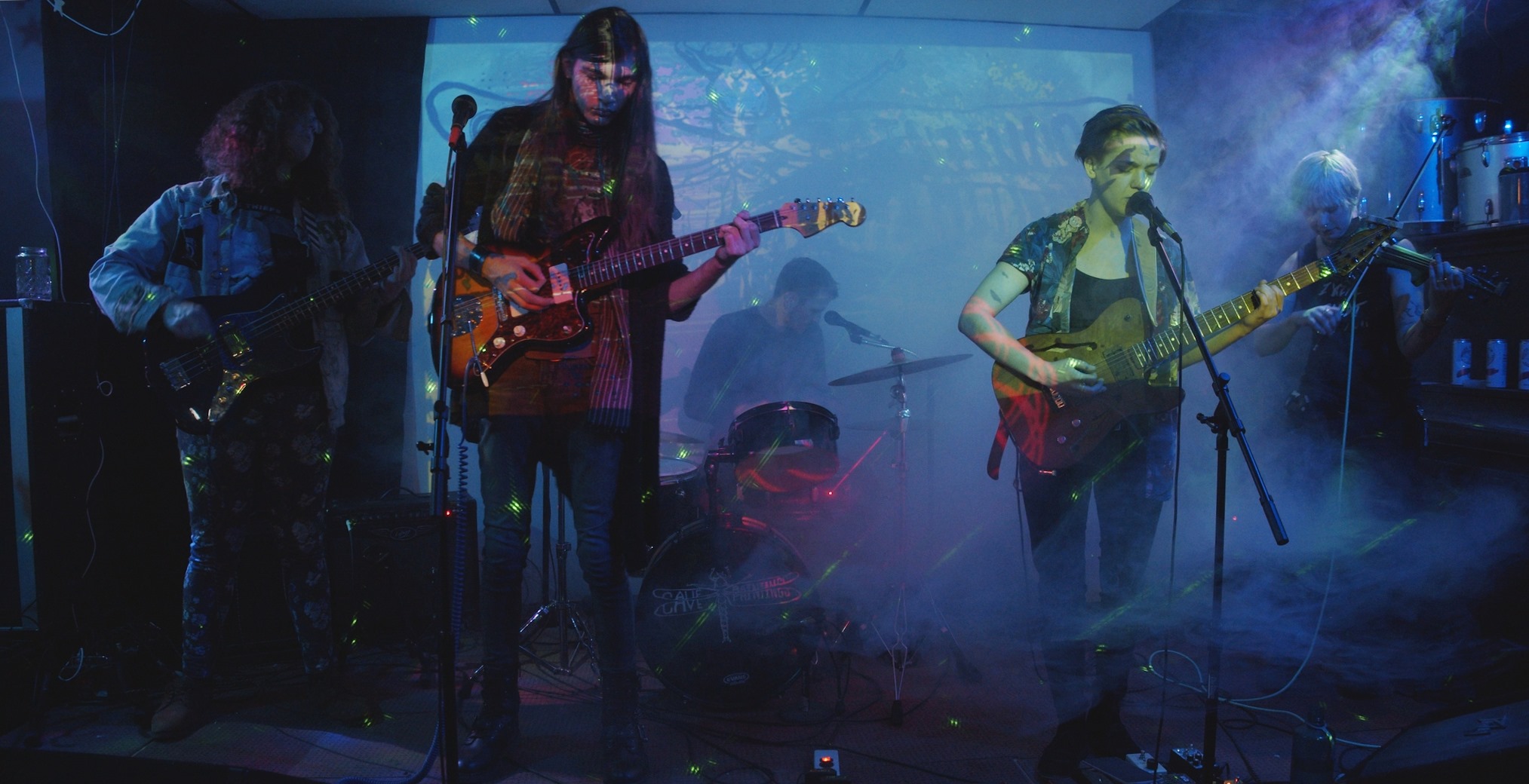 Levi and Brianna met at a music festival in 2010. Frequently reclusive, Levi was fascinated to find another person interested enough in music to teach themselves guitar and be willing to discuss all aspects of music. Brianna was intrigued to come across this eccentric fellow who refused to swat a horsefly feasting on his flesh, citing the nutritional needs of the bug.

The following years were ones of frequent cross country trips and deep discussions. Levi and Brianna would share their songs and busk the streets of whatever town they happened to be in when they happened to be on the same side of the country. Each engaging with various recording and live music endeavors, ranging from folk to indie rock to black metal projects.

In the fall of 2013, Brianna returned to their hometown of Appleton, WI, where Levi had been grinding away producing his debut solo album, Rogue Love, inspired to start a band with a friend that she thought could take their music to its potential. They moved into a radical free space known as C.L.A.W. (Center for Liberation and Wellness) in an effort to grow community and hold space to expand their musical ideas. This is also when Brianna was diagnosed with a rare immune disease, IGA nephropathy, affecting the kidneys. An unfortunate but most-often low impact illness, the prognosis for most IGA patients means they have about 10-25 years before their kidneys start to become impacted.

While living at the C.L.A.W., they recruited Emerson Morris and Dustin Zoglman to act as the rhythm section behind their growing repertoire of original music. Within the first three months of their first rehearsal, the band recorded their first EP, Cave In, a collaboration featuring one song from each member. The group then spent the summer of 2014 playing in various venues around the Midwest and on a cross country tour with Drumbeat Red, The Jeffertons, and That No Talent Asshole and the Sweat Stains.

Excited by the audience responsiveness to their live show, the band began working on a full-length album and booking prospects for a 2015 summer tour in support of the album. Toward the end of winter, Brianna’s health began to fail dramatically. Recording efforts, festivals and show dates were replaced with weekly emergency room visits, doctor appointments, extreme fatigue, a severely restricted diet, a host of other unpleasant symptoms, and ultimately, complete kidney failure requiring daily dialysis treatments.

The next year and a half was a long dark road. The band grew apart. The creative art space where they lived and worked was transformed into a sterile low-stress environment where Brianna and Levi put all possible energy into recovering her health. In September 2016, a miracle of modern science and a self-less, priceless gift from Brianna’s brother, Brandon Prink, gave Brianna a new chance at life - a kidney transplant.

The symptoms of the illness disappeared overnight, but surgical and emotional scars still had to be contended with. The pair spent the next two years travelling and renovating the C.L.A.W., now renamed The Train Station (an intentional community focused on empowerment and self-actualization, featuring a next-level DIY art space that maintains the underground spirit and attracts artists from all over the world), reinvigorating their minds and spirits.

In the summer of 2018, Brianna and Levi quietly started rebuilding their plans for the live artistic expression of Cave Paintings. In late summer, Cave Paintings performed as a duo at three Midwest music festivals. The duo’s wounds and wisdom from their experience battling fatal disease, mental health issues, and life in general was clearly on display in their raw performance and garnered an enthusiastic response from attendees.

The duo decided to spend the next months delving into their melodic and lyrical archives to produce the long-awaited Cave Paintings Debut full-length album: DNA Soup. While cultivating the sonic exploration of DNA Soup, Cave Paintings decided to also produce a five-song bare-bones EP, Primitive, showcasing the pairs' songwriting in its purest form. Primitive was released in may of 2019 with a short supporting Midwest spring tour to follow. The band planned to release their first full length production later that year.

The plans for the primitive tour expanded rapidly in early 2019. A simple one week run around Wisconsin supporting Appleton native and multi-instrumentalist, Bloth – who also filled in on bass for Cave Paintings, ignited the crowds and compelled the 3 musicians to keep their boots on the ground as often as possible in the coming months.

Cave Paintings booked about 40 summer time shows, and invited Bloth to join them in a more permanent role on the road. As their momentum and enthusiasm snowballed throughout the Midwest, the band continued to enjoy intense enthusiasm from crowds who had no idea who they were before the show.

Three of these shows in particular were to become fateful moments for the bands continued growth. In March, Cave Paintings played a house show in Rockford, IL. At the show Levi and Brianna were supremely impressed with Tegan Warlop’s skills behind the drumset as they played for a local act, Star Chan. At one point, Tegan grabbed hold of an empty bean can, and set it on the ride cymbal of their drum set. Months later, Tegan attended a Cave Paintings show in Milwaukee. Cave Paintings greeted Tegan with warmth, recounting the perfect tone and placement of rhythm achieved by the bean can, and offered Tegan an opportunity to try out as a member of Cave Paintings.

Cave Paintings also shared a stage early in the year with the band Granny Panties in Wausau Wisconsin. In the summer, the two acst again shared the stage, this time in Appleton. At the show Brianna broached the idea of jamming with Robin McDumphy, violinist and vocalist for Granny Panties, as well as We The Heathens and several other Midwest projects.

As the summer tour drew to an end, the band had an opportunity to briefly explore a more full sound with their new friends, ultimately deciding to play their first 5 piece set at Mile of Music Festival in Appleton. The crew of musicians found themselves thoroughly enjoying each-others company and complementary musicianship, and decided to keep the momentum going. They booked another 20 shows for the end of the year, now as a bona fide collective of artists, extending live sets to include the individual and side projects existing within the band. It wasn’t uncommon to see Robin looping live segments of hypnotic violin pieces, Bloth warming the crowd up with good ol’ fashion rock and roll – or experimenting with live electronic music, Levi captivating a crowd with solo songs not yet entered into the bands repertoire, all leading to a full blast of sonic and emotional intensity with the full 5 piece band rounding out the show.

Happy to have found genuine warmth and talent within each other, and in order to incorporate the exciting new full spectrum of artistry and personality into the production, the band pushed tracking of the debut album into 2020.

Released May 18, 2019 “Any one who has common sense will remember that the bewilderments of the eyes are of two kinds, and arise from two causes, either from coming out of the light or from going into the light”
― Plato, The Allegory of the Cave Brianna Phillips: Lyrics, Vocals, Guitar
Levi Besaw: Lyrics, Vocals, Guitar, Drums, Bass 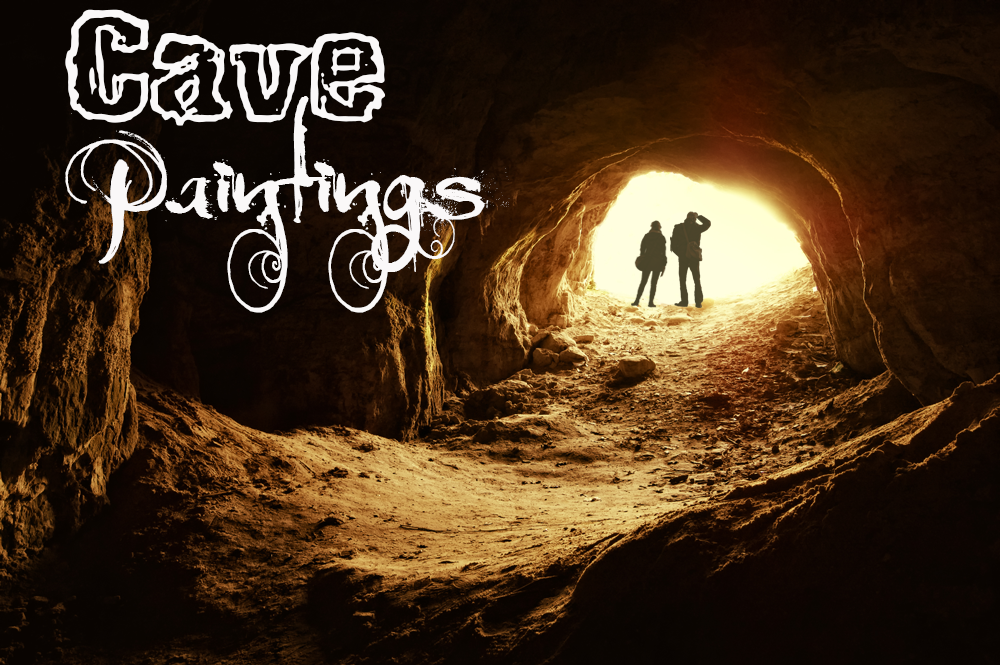 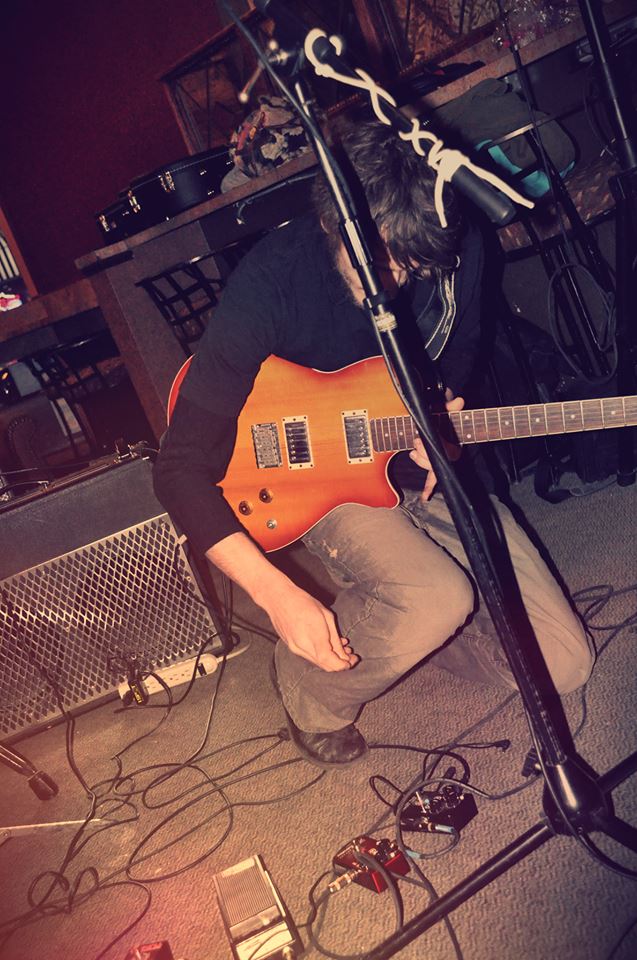 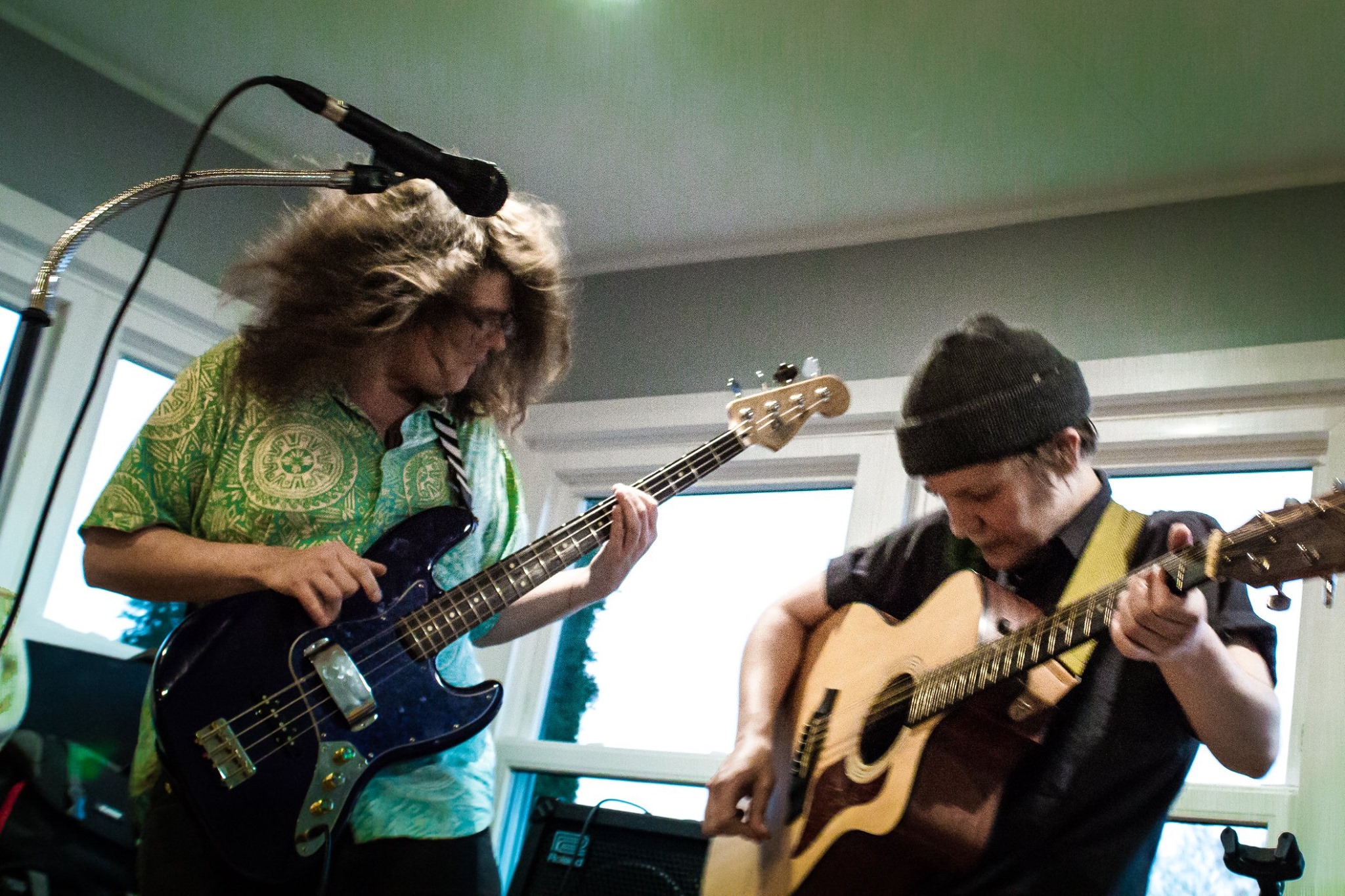 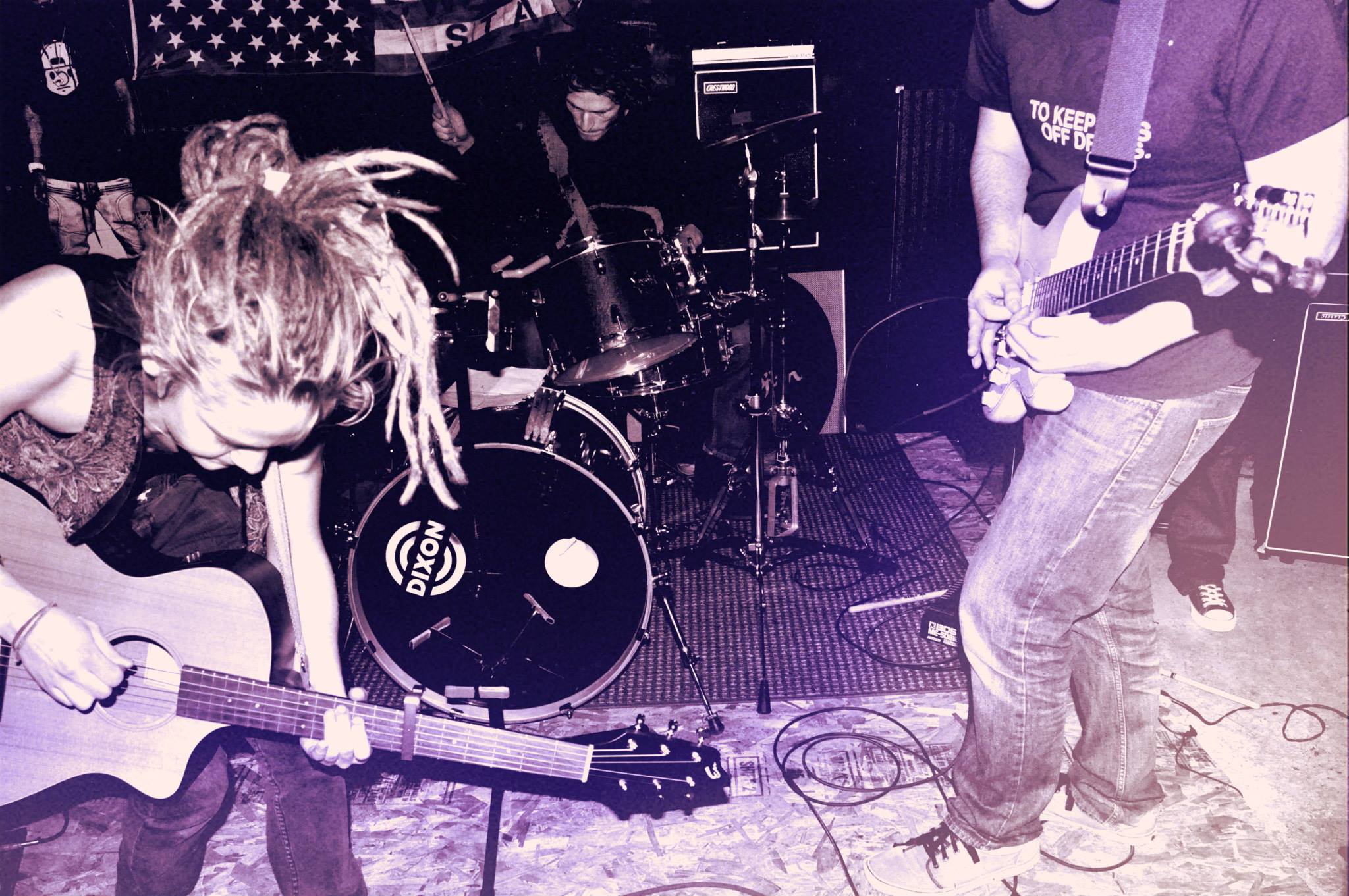 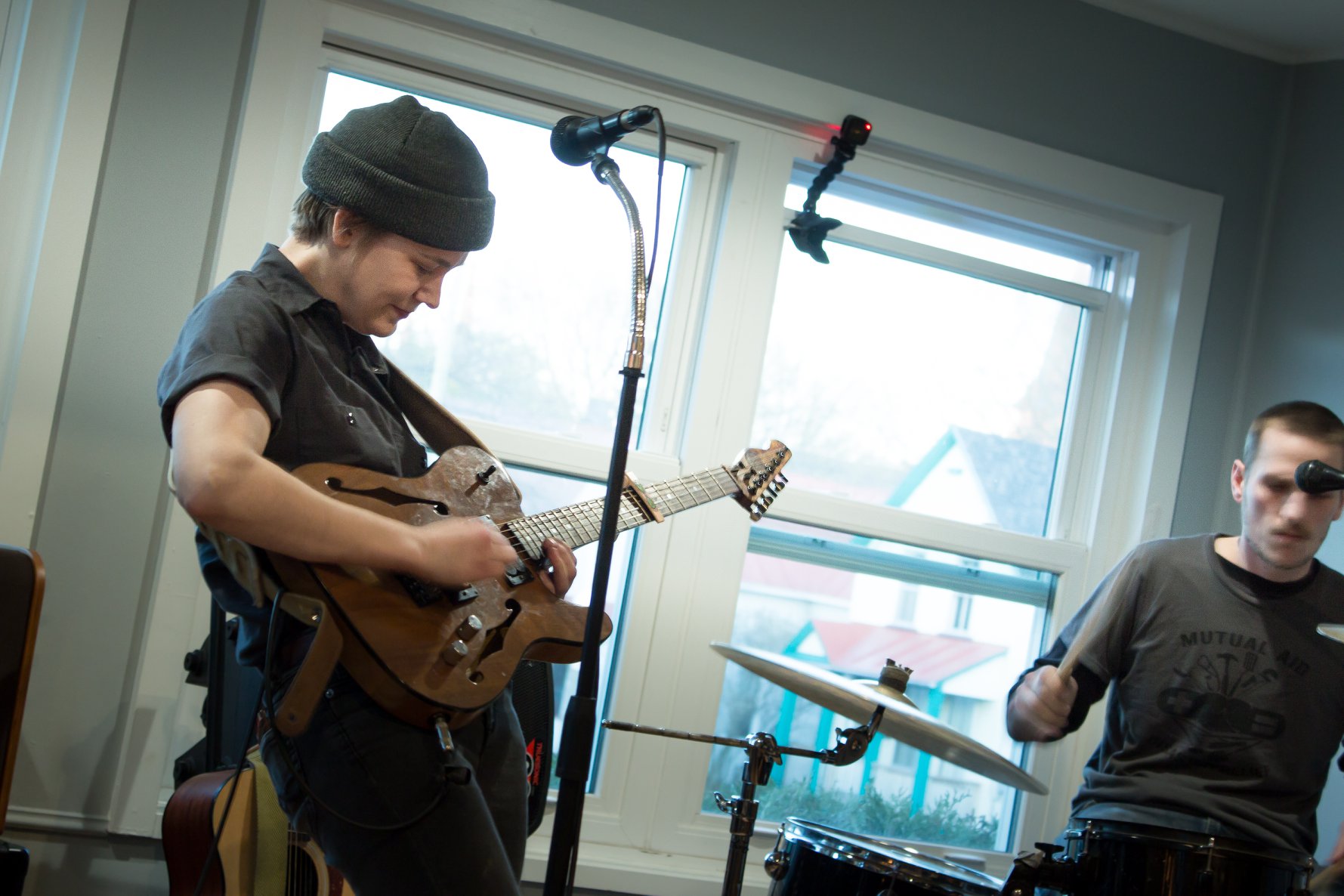 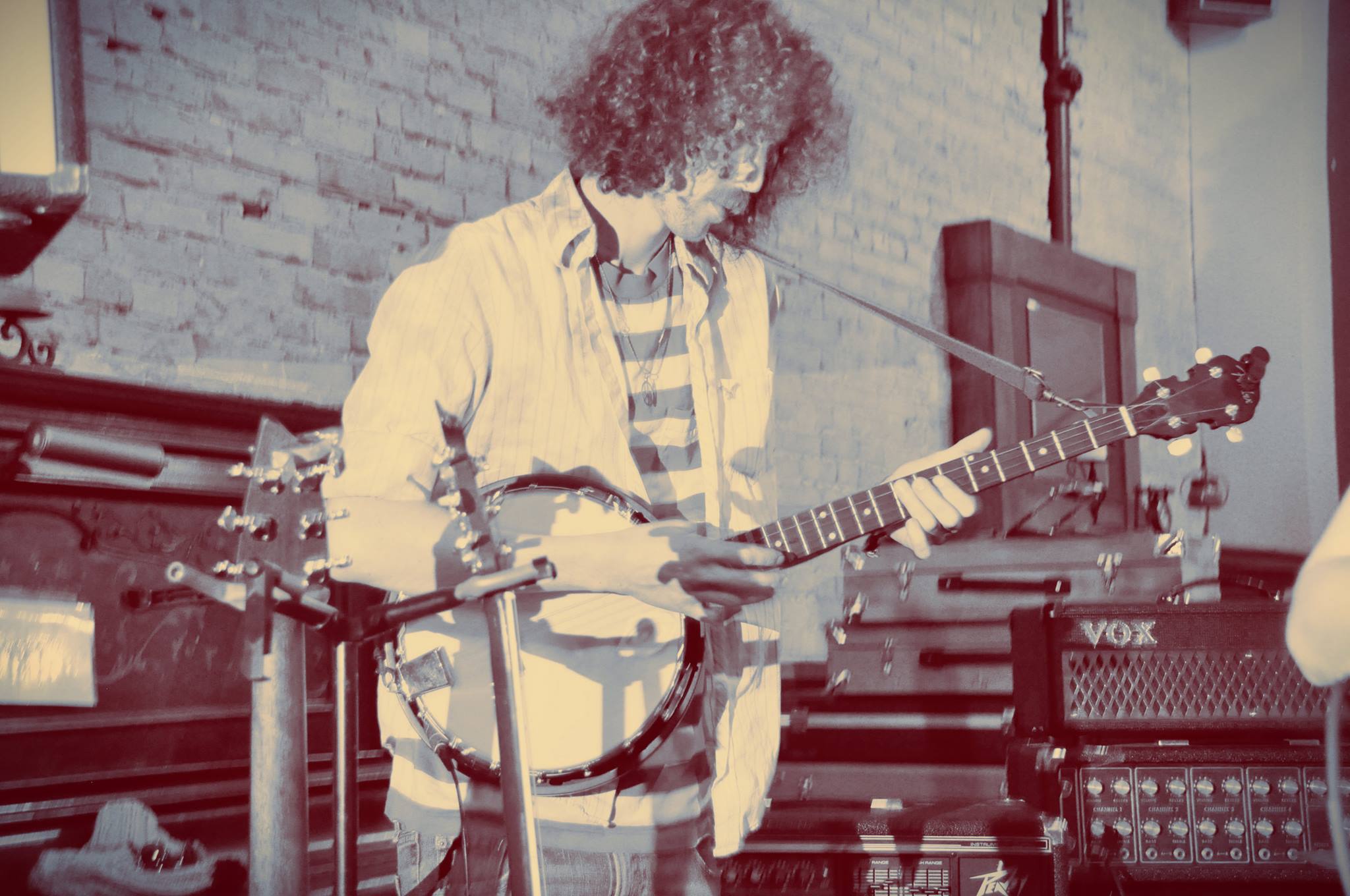 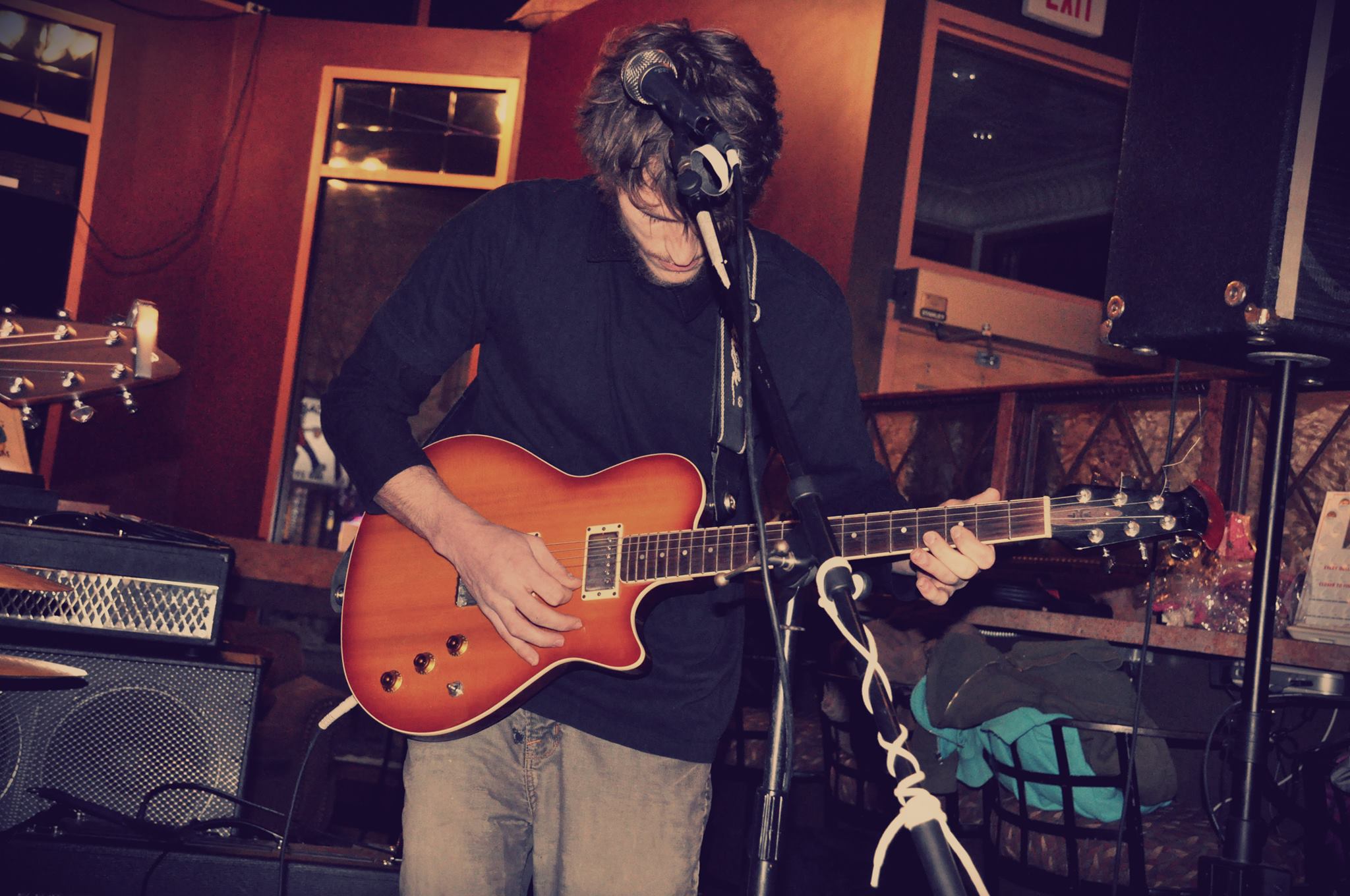 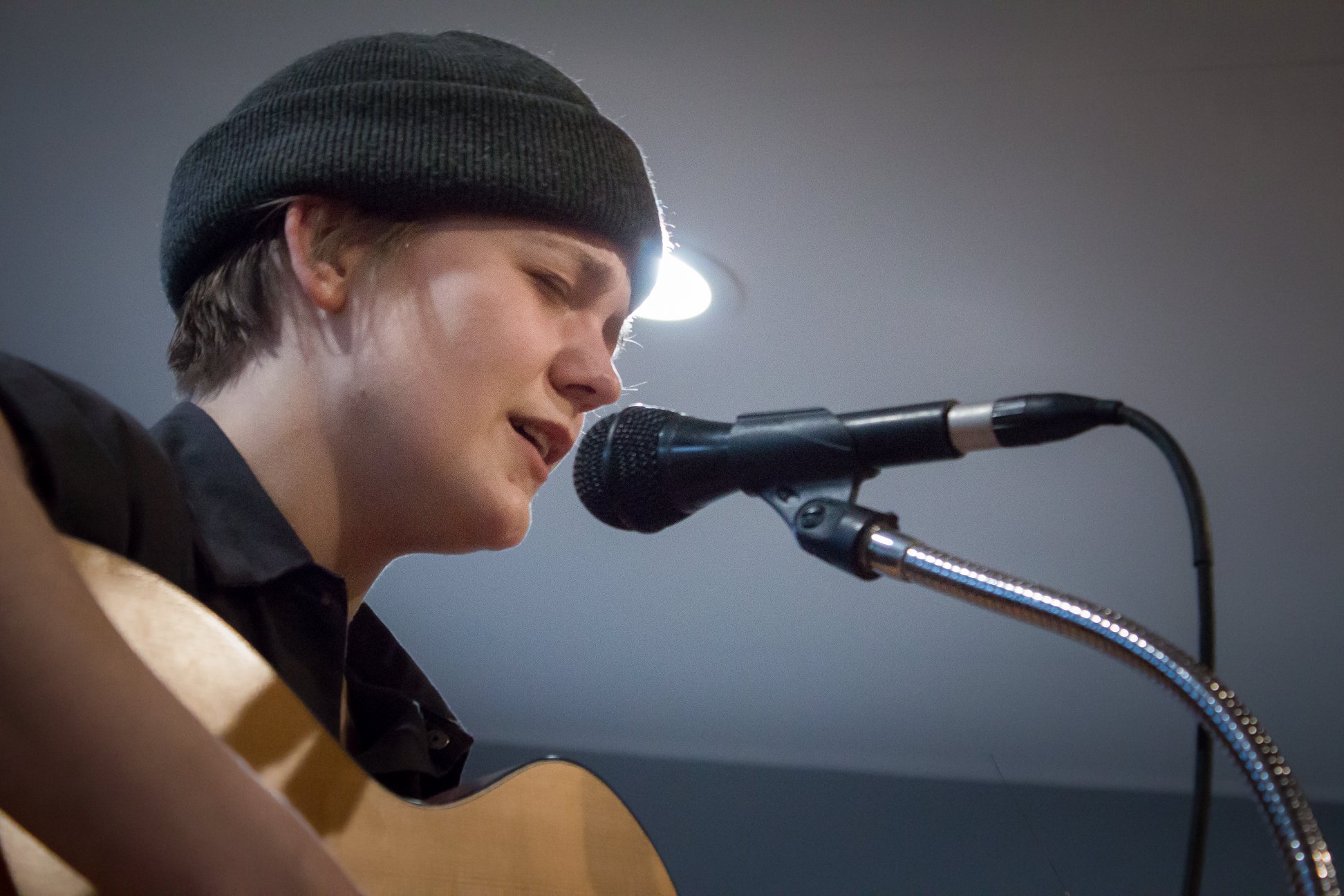 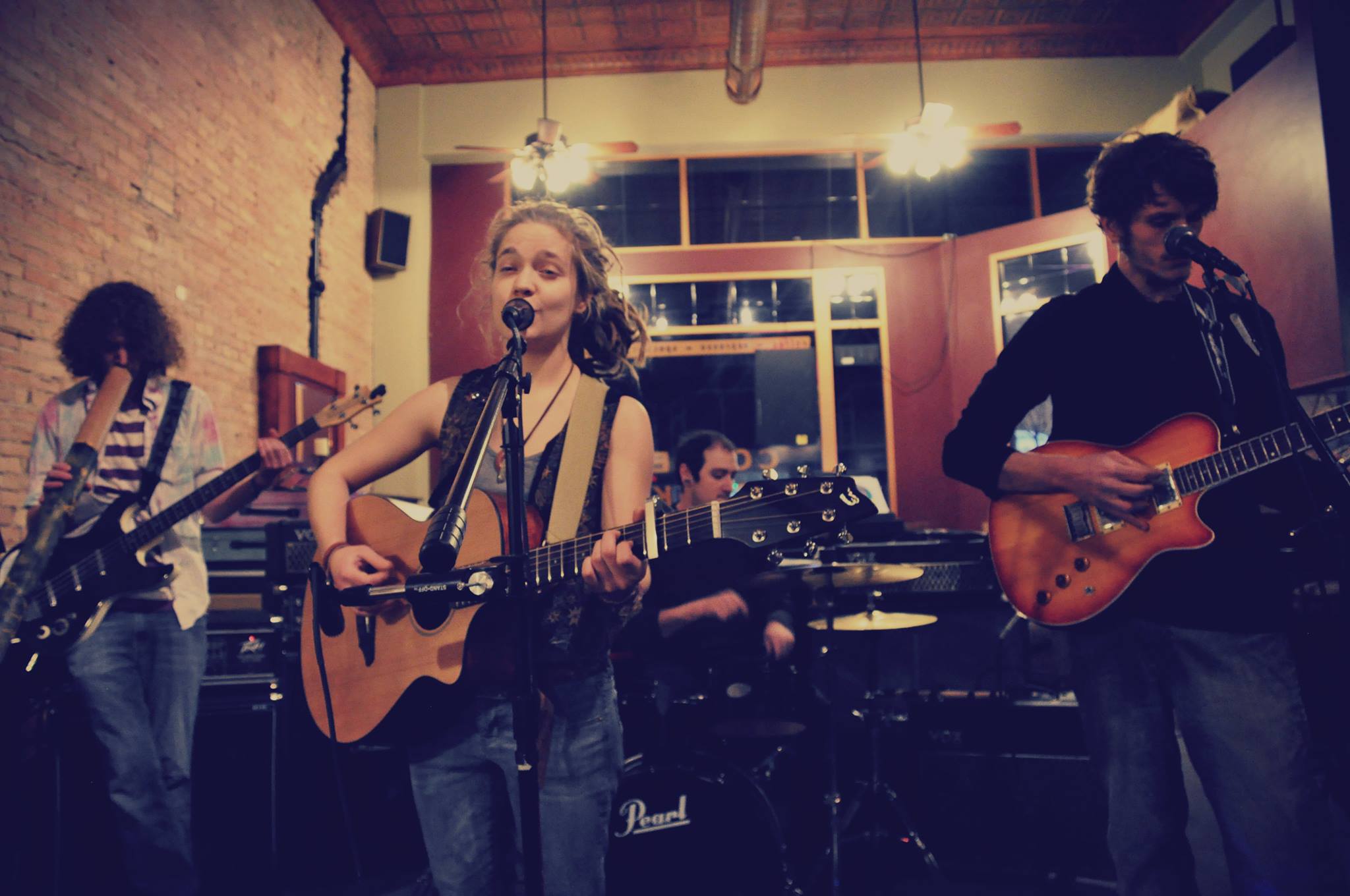 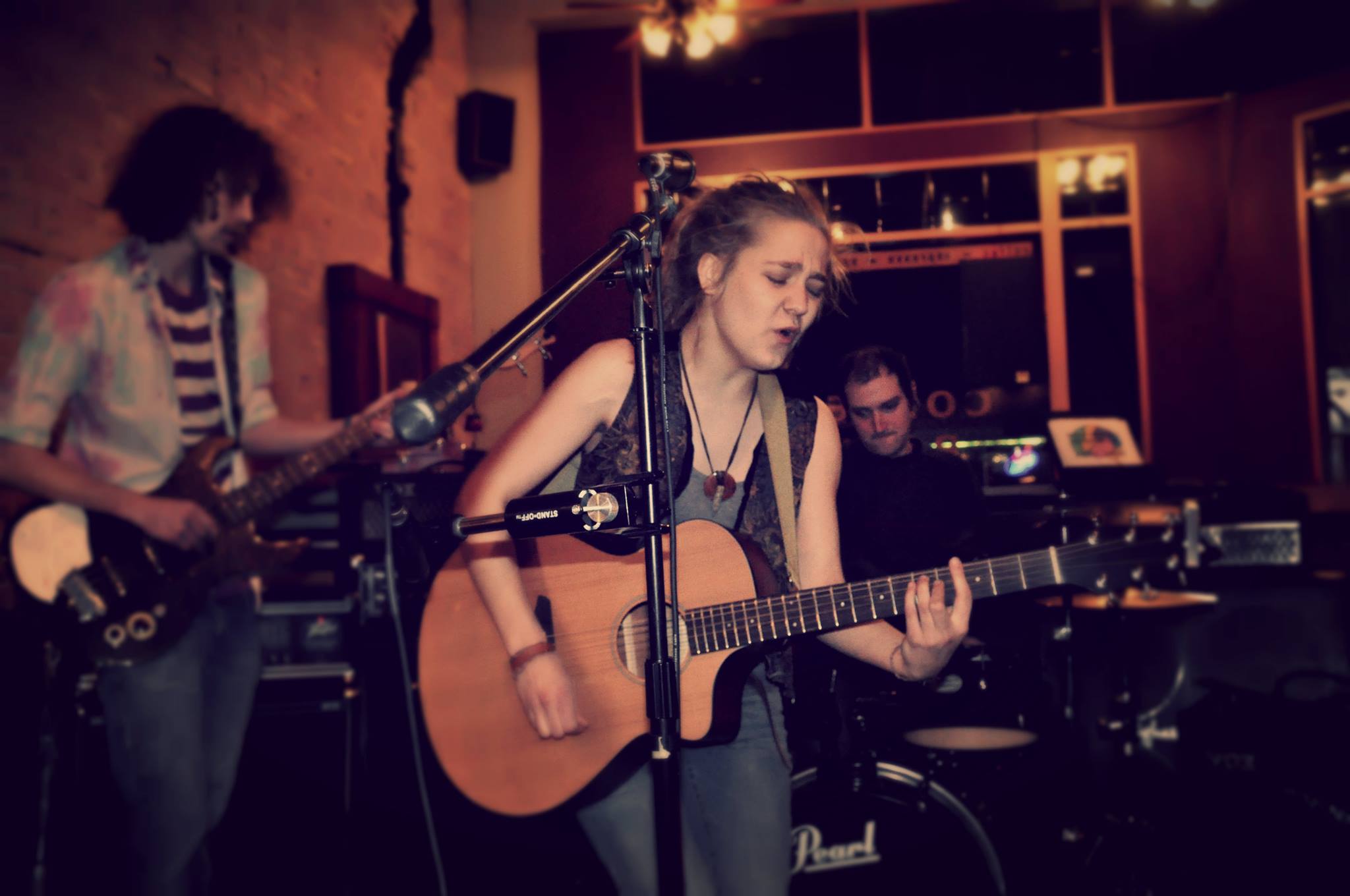 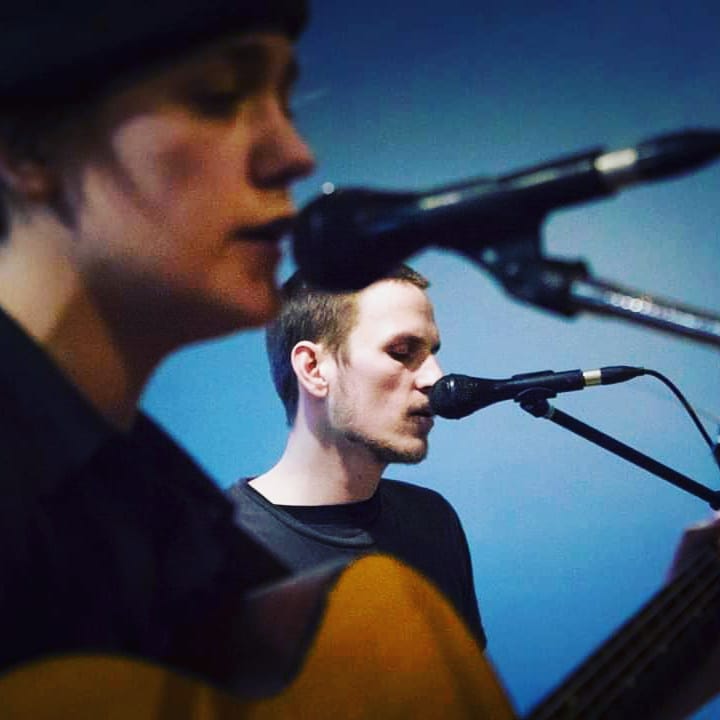 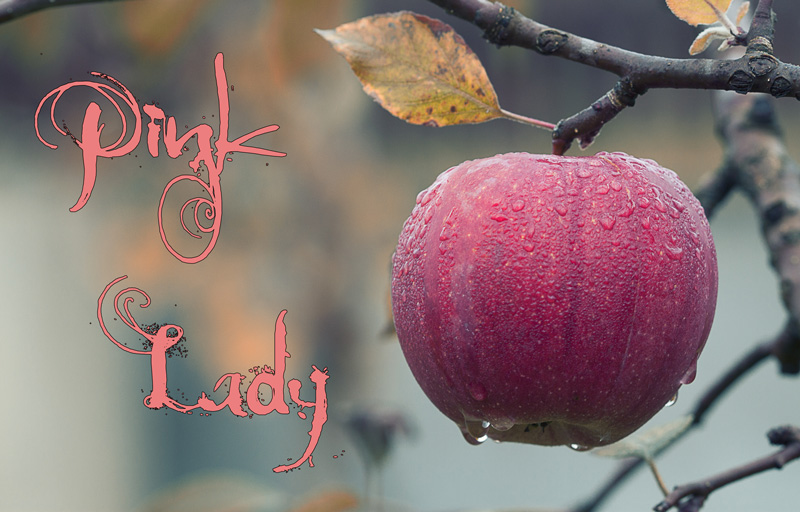 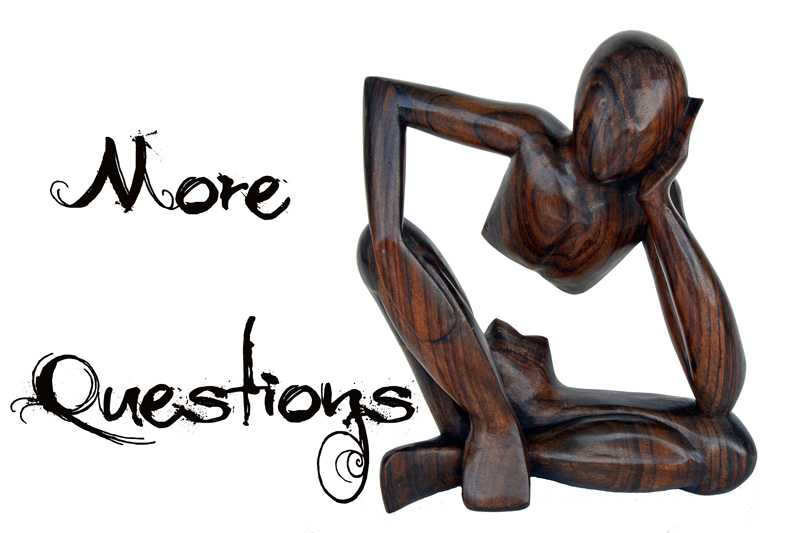 Booking, press, and other inquiries can be fielded through this form, thank you!

Your message has been sent. Thank you!